“Sonnet 7: Lo, in the orient when the gracious light” by William Shakespeare 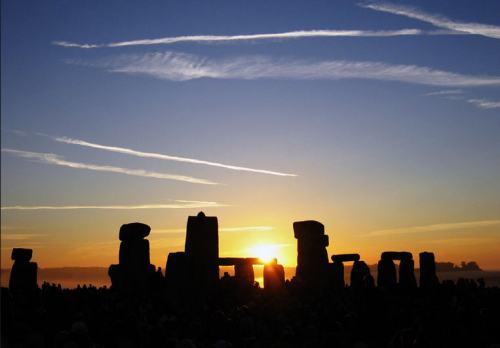 Lo, in the orient when the gracious light
Lifts up his burning head, each under eye
Doth homage to his new-appearing sight,
Serving with looks his sacred majesty;
And having climb’d the steep-up heavenly hill,
Resembling strong youth in his middle age,
Yet mortal looks adore his beauty still,
Attending on his golden pilgrimage;
But when from high-most pitch, with weary car,
Like feeble age, he reeleth from the day,
The eyes, ‘fore duteous, now converted are
From his low tract and look another way:
So thou, thyself outgoing in thy noon,
Unlook’d on diest, unless thou get a son.

This sonnet uses the cycle of the day as a metaphor for the importance of procreation. It is pretty straight-forward and does not require much interpretation. Sunrise represents the birth of the fair youth; noon symbolizes the height of his strength as an adult; and sunset the impending time of physical decline leading to death. There is one aspect of this poem, though, that is worth exploring a bit.

Throughout the sonnet, Shakespeare never uses the word “sun.” Instead, he uses metaphors such as gracious light and burning head. But the very last word of the sonnet is “son,” which I feel is very important. Although the previous six sonnets also deal with procreation, none of them use the word son. Anyway, the obvious connection between son and sun leads me to wonder whether Shakespeare was tying in other symbolism. It could be argued that he was drawing on the mythology of the fertility king, as explored through Frazier’s The Golden Bough. He could also be making a reference to Christ as the son of God and the light of the world. In fact, if you consider the abundance of mythology associated with resurrection cycles of gods and their connection with the sun, then it seems likely that Shakespeare was incorporating these myths and symbols. One last connection to support my interpretation, just picture an image of Helios racing toward sunset as you reread the line that mentions the “weary car.”

As is often the case with poetry, it can be deceptively simple and yet include profound and complex symbols beneath the surface. I think that this sonnet falls into that category. Hope you enjoyed the post and feel free to share your thoughts. Cheers!

3 responses to ““Sonnet 7: Lo, in the orient when the gracious light” by William Shakespeare”