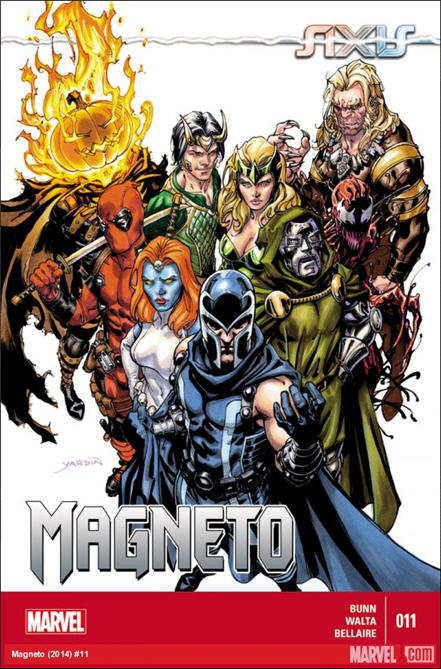 This issue addresses with the question: What is a hero?

It is most often in times of great tragedy that heroes are born. Only the flame of suffering burns hot enough to forge one’s spirit. These men and women… these heroes… have seen sorrow. They have endured and triumphed. At times, I have been the source of said adversity. Yet they have come through the fire stronger than they were before. But none of that matters now. The Red Onslaught is upon us, and perseverance in the face of tragedy… is worth no more than the dirt upon which heroes fall.

I’ve read this passage several times and it keeps getting deeper for me. All heroes suffer. All heroes overcome adversity. But ultimately, all heroes fall. There is a cycle that pertains to the heroic. And whether the hero falls as a result of a tragic flaw or a mistake, the fall is inevitable.

I will say one more thing about this issue; Doctor Strange makes a brief cameo appearance. I confess that I am very excited about the upcoming Doctor Strange film. I wonder if Marvel is going to start dropping Easter Eggs in their comics.