“The Witch’s Boy” by Kelly Barnhill: The Mystical Power of Words 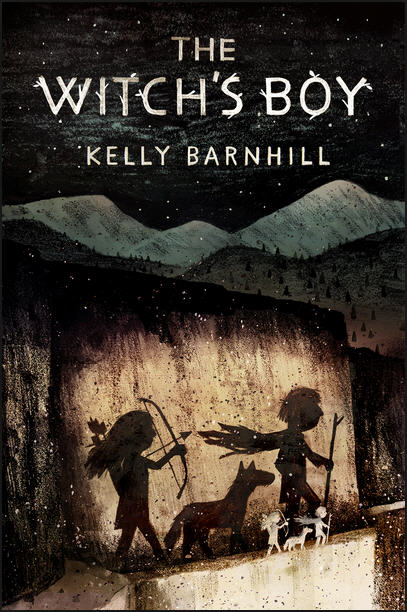 This book was suggested by a close friend of mine who is a science fiction writer and someone whose taste in books I respect. I have to say that this is one of the best young-adult novels I have ever read. The writing and storyline are fairly basic and accessible to readers of all levels, and the tale itself is engaging, but the really amazing aspect of this book is the wealth of mystical, spiritual, and psychological symbolism that is woven into this rich tale. For the sake of brevity, I will focus this post on how words are presented as objects of mystical power.

Early in the book, Barnhill clearly states that words are objects of power that are the essence of creation.

A word, after all, is a kind of magic. It locks the substance of a thing in sound or symbol, and affixes it to the ear, or paper, or stone. Words call the world into being. That’s power indeed.

One of the main characters in the book is Ned, who is the witch’s boy. Ned’s mother is tasked with protecting the last bit of magic that remains in the world. While attempting to protect the magic in his mother’s absence, the magic enters into Ned and becomes a part of him. At this point, the magic appears as words which flow across his skin, almost as if the boy has become a living book.

His sleeve hiked over his elbow and Ned stared at his skin in amazement. His hands were covered with words. And his arms. And his shoulders and belly and legs and chest. His back and face too, by the feel of it. Moving words. Words that scribbled and looped, crossed one another out, and scripted furiously forward. The words encircled each finger, blotched on his knuckles, tore across his wrists, and swirled over his arms.

As I read this, I thought a lot about how the things we read and the stories we hear become a part of who we are. I have always believed that I am the culmination of my life’s experiences, and reading has been an integral part of my life and my personal development. So as I pictured the words swirling over Ned’s skin, I thought of all the stories and poems I have read, swirling through my own being and affecting who I am.

Something that has always fascinated me is the mystical power of words in the act of creation. That is why I have felt a connection to writers like Coleridge. I found definite allusions to this idea in this book, particularly regarding the importance of words for harnessing and directing the creative energy that surrounds us all.

Finally, in one of my favorite passages in this book, Barnhill expresses what I consider a universal truth in a brilliantly clear and simple manner: the idea that words are mystical symbols that express the archetypal essence of everything that exists.

Ned stood and stepped away from the wolf. He removed his remaining glove and looked at the magic on his skin. Its strange letters. Its otherness. Each symbol was a word—though no more familiar to him than the words of his own language.

A word is a magic thing. It holds the essence of an object or an idea and pins it to the world. A word can set a universe in motion. And Ned had.

There are many other symbols and ideas incorporated into this impressive book: the triple goddess; the sea as a symbol for the soul and consciousness; the forest representing the primal and dangerous aspect of the human psyche; the corrupting influence of power (in a Faustian manner); and myriad others. As I said, the sheer amount of allusion woven into the easy-to-read story is nothing short of amazing.

I highly recommend this book to everyone. Feel free to share your thoughts here after reading it. Cheers!

8 responses to ““The Witch’s Boy” by Kelly Barnhill: The Mystical Power of Words”