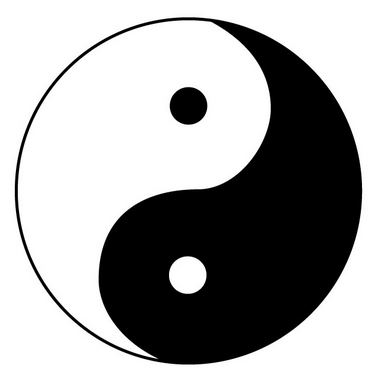 As the origin of heaven-and-earth, it is nameless:
As “the Mother” of all things, it is nameable.

These two flow from the same source, though differently named;
And both are called mysteries.

The Mystery of mysteries is the Door of all essence.

As I read this passage, I thought about the yin/yang symbol. I have always interpreted this symbol as an expression of duality: light and dark, male and female, positive and negative, and so forth. But this passage made me consider the symbol as a representation of the Divine, the dark being the ineffable aspect of the Divine while the light is the illuminated aspect which is manifest in our realm and which we can perceive. There is also a small amount of the hidden within the manifest, as well as a small amount of the manifest within the hidden.

This brings us to the last line. For me, I see this as the purpose of meditation and contemplation. We will never be able to penetrate the “Mystery of mysteries” in our earthly existence, but through contemplating that which is unknowable, we can open the doors within ourselves and gain a sense of the divine essence which is within us and within everything that exists.