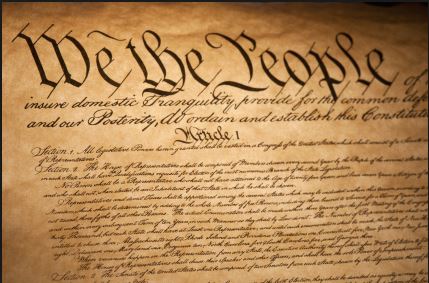 The Constitution is very clear here. Nowhere does it state that the American people should select Supreme Court Justices; it is solely the President’s responsibility, and it is the responsibility of the Senate to provide “advice and consent.” Rather than obstructing the nomination, the Senate should expedite and assist in the process. This is what the Constitution demands.

I find it troubling that the US Constitution is being used in the same manner the Bible is often used—to be cited when it justifies what a group or individual believes in, but ignored when it contradicts those beliefs or opinions. The Constitution is the defining document that dictates how our government should operate and how our laws should be interpreted. If we begin to disregard sections for the sake of partisan politics, then we start down a very dangerous and slippery slope.