“Sonnet 26: Lord of my love, to whom in vassalage” by William Shakespeare 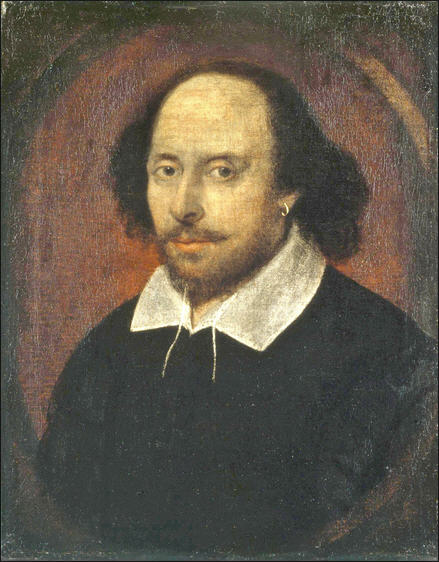 Lord of my love, to whom in vassalage
Thy merit hath my duty strongly knit,
To thee I send this written ambassage,
To witness duty, not to show my wit:
Duty so great, which wit so poor as mine
May make seem bare, in wanting words to show it,
But that I hope some good conceit of thine
In thy soul’s thought, all naked, will bestow it;
Till whatsoever star that guides my moving,
Points on me graciously with fair aspect,
And puts apparel on my tatter’d loving,
To show me worthy of thy sweet respect:
Then may I dare to boast how I do love thee;
Till then not show my head where thou mayst prove me.

When I first read this poem, knowing it is one of the “fair youth” sonnets, I assumed that the lord to whom it is composed was the fair youth. I still adhere to that interpretation, but it is worth pointing out other interpretations which I cannot claim credit for.

According to what I read online, some scholars believe the lord referenced in the beginning of the poem is Cupid. I can see that, Cupid being the god of love and is often depicted naked. My only hesitation in accepting this is the lack of arrows as images and metaphors in this poem. I feel that if Cupid was the lord, then there would have been more evidence in the verse. Shakespeare was certainly a skilled-enough poet that he could have woven that imagery in. Also, arrows are phallic symbols, so it would have added to the sexuality of the poem, which leads me to the next item I want to discuss.

In the synopsis that I read online, the scholar mentioned that there was a sexual pun at the end. I thought, really? Did I miss something? And it seems I did. As I went back and read more closely, I caught it in the final couplet.

Then may I dare to boast how I do love thee;
Till then not show my head where thou mayst prove me.

“Show my head” could definitely be interpreted as showing his penis, which Shakespeare says he will abstain from doing until he boasts his love. I have to say, I appreciate the bawdy pun. It proves that Shakespeare was not writing for high-brow intellectuals, but that he was writing for the common people of his time, who would have certainly appreciated the sexual pun.

Thanks for stopping by, and have a terrific day.

2 responses to ““Sonnet 26: Lord of my love, to whom in vassalage” by William Shakespeare”