“The Apology of Socrates” by Plato

“The Death of Socrates” by Jacques-Philip-Joseph de Saint-Quentin

I read this back when I was in college, but since I have been listening to the Philosophize This podcast on my drives to and from work, I was inspired to read it again. And yes, I still have my copy of The Last Days of Socrates from school which includes this text.

This text is basically Socrates on trial and the three arguments he presents to the court. The first argument is his closing statement to the jury; the second is after the guilty verdict is returned; and the final section is Socrates addressing the court after they decided on the death penalty.

What struck me upon reading this again is that although the title is the Apology, Socrates never apologizes for his actions. He remains steadfast in his righteousness and asserts that history will prove that he was justified in his pursuit of philosophic truth. I could not help but thinking that the title was meant to be sarcastic or satire.

UPDATE TO POST: A fellow blogger at Earthpages pointed out that Apology as used here comes from the Greek apologia which translates to answer or reasoned defense. This makes more sense. Check out Oxford Center for definition of apologetics

Probably the most famous passage from this text is where Socrates asserts that the reason he is the wisest of all men is because he knows how little he actually knows.

However, I reflected as I walked away: ‘Well, I am certainly wiser than this man. It is only too likely that neither of us has any knowledge to boast of; but he thinks that he knows something which he does not know, whereas I am quite conscious of my ignorance. At any rate it seems that I am wiser than he is to this small extent, that I do not think that I know what I do not know.’

Last of all I turned to the skilled craftsmen. I knew quite well that I had practically no technical qualifications myself, and I was sure that I should find them full of impressive knowledge. In this I was not disappointed; they understood things which I did not, and to that extent they were wiser than I was. But, gentlemen, these professional experts seemed to share the same failing which I noticed in the poets; I mean that on the strength of their technical proficiency they claimed a perfect understanding of every other subject, however important; and I felt that this error more than outweighed their positive wisdom.

Socrates states that “…so long as I draw breath and have my faculties, I shall never stop practising philosophy and exhorting you and elucidating the truth for everyone that I meet.” (ibid: p. 61) Essentially, he is committed to being a life-long learner, something I also aspire to. The day we stop questioning and learning and exercising our mental faculties is the day our minds begin to atrophy. Following Socrates’ example, I plan on reading and writing and thinking for as long as I am physically and mentally capable of doing so, and I hope that you do the same.

“Fergus and the Druid” by William Butler Yeats 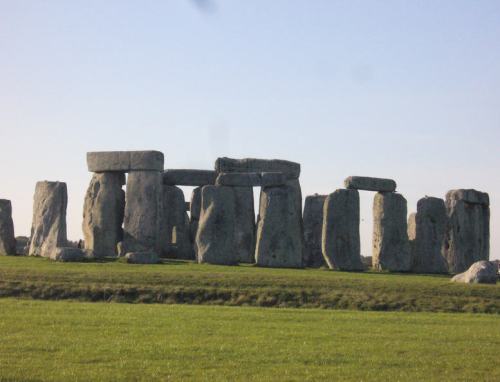 Fergus. This whole day have I followed in the rocks,
And you have changed and flowed from shape to shape,
First as a raven on whose ancient wings
Scarcely a feather lingered, then you seemed
A weasel moving on from stone to stone,
And now at last you wear a human shape,
A thin grey man half lost in gathering night.

Fergus. This would I Say, most wise of living souls:
Young subtle Conchubar sat close by me
When I gave judgment, and his words were wise,
And what to me was burden without end,
To him seemed easy, So I laid the crown
Upon his head to cast away my sorrow.

Fergus. A king and proud! and that is my despair.
I feast amid my people on the hill,
And pace the woods, and drive my chariot-wheels
In the white border of the murmuring sea;
And still I feel the crown upon my head

Druid. What would you, Fergus?

Fergus. Be no more a king
But learn the dreaming wisdom that is yours.

Druid. Look on my thin grey hair and hollow cheeks
And on these hands that may not lift the sword,
This body trembling like a wind-blown reed.
No woman’s loved me, no man sought my help.

Fergus. A king is but a foolish labourer
Who wastes his blood to be another’s dream.

Druid. Take, if you must, this little bag of dreams;
Unloose the cord, and they will wrap you round.

Fergus. I See my life go drifting like a river
From change to change; I have been many things —
A green drop in the surge, a gleam of light
Upon a sword, a fir-tree on a hill,
An old slave grinding at a heavy quern,
A king sitting upon a chair of gold —
And all these things were wonderful and great;
But now I have grown nothing, knowing all.
Ah! Druid, Druid, how great webs of sorrow
Lay hidden in the small slate-coloured thing!

I really like this poem . First off, I like how it is written as a dialog, almost like a slice out of a play. It reads nicely and the cadence and flow of the verse is beautiful.

The poem begins with Fergus following the Druid amid the rocks as the Druid goes through a series of metamorphoses. I see two interpretations for the rocks: first, they could represent stone circles, similar to Stonehenge where the Druids would have worshiped; but the stones could also refer to Fergus being in a cemetery, contemplating his mortality and seeking answers to his life.

When the Druid assumes his human form, Fergus expresses his desire to relinquish his rule and bestow it upon Conchubar. I had to do a little research to determine the relationship between Fergus and Conchubar. Basically, according to the mythology, Fergus fell in love with Ness and Conchubar was Ness’ son from another marriage. So this seems to tie in to the archetype of the connection between the death of the king and the assumption by the son to continue the earthly cycles, such as explored by Frazier in The Golden Bough. 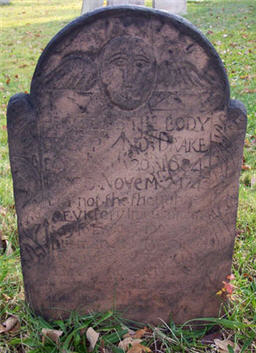 In the end, Fergus is overwhelmed with sorrow as a result of his knowledge. He no longer has any hope and life is now void of all mystery. He sees only the inevitable future which is the “small slate-coloured thing,” his own gravestone.

It seems as if Yeats is giving us a little warning here. The pursuit of knowledge is something that should not be taken lightly, especially occult knowledge which allows one to peer through the veils of mystery. One must be fully prepared to face the hidden knowledge, which is often hidden for a reason. 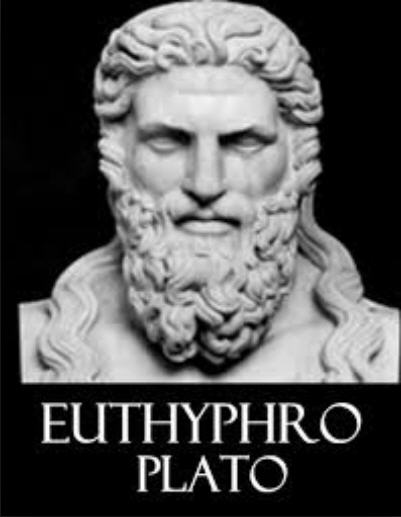 This is a short dialog that takes place between Socrates and Euthyphro as Socrates is awaiting trial for corruption of Athenian youth. Euthyphro is a seer and an expert on religion who is about to bring manslaughter charges against his own father. This leads to the debate over what is piety, which may also be interpreted as holiness.

Socrates seeks to grasp the ideal of piety, but all Euthyphro is able to provide are examples of pious acts. For Socrates, this fails to get at the essence of what piousness truly is.

Socrates: Well, then, do you recollect that what I urged you to do was not tell me about one or two of these many pious actions, but to describe the actual feature that makes all pious actions pious? – because you said, I believe, that impious actions are impious, and similarly pious ones pious, in virtue of a single characteristic. Or don’t you remember?

Euthyphro: Yes, I do.

Socrates: Then explain to me what this characteristic is in itself, so that by fixing my eyes upon it and using it as a pattern I may be able to describe any action, yours or anyone else’s, as pious if it corresponds to the pattern and impious if it doesn’t.

As the dialog continues, Euthyphro attempts to argue that what is pious is that which is loved by the gods. Socrates disproves this based upon the assertion that being loved by the gods is an attribute of piousness, but not the essence.

After the discussion goes around several times, Euthyphro gives up and takes his leave. There is no resolution and the essence of piety is never uncovered. I suspect that the reason is that it is ineffable, as are other ideals. The true essence of an ideal, just like a form or an archetype, exists beyond the grasp of our comprehension. We can only see manifestations of the ideal or the form, but not the thing itself. I personally would venture to assert that these ideals are also subjective, just as beauty and ugliness are subjective. We can claim that something has the attribute of being beautiful, but that does not tell us what beauty is.