“The Enemy” by Charles Baudelaire 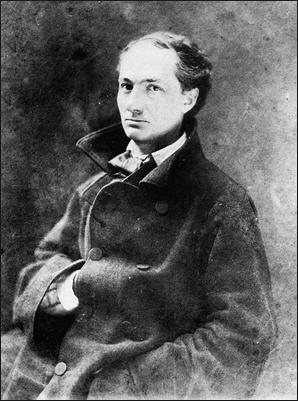 My youth was but a tempest, dark and savage,
Through which, at times, a dazzling sun would shoot
The thunder and the rain have made such ravage
My garden is nigh bare of rosy fruit.

Now I have reached the Autumn of my thought,
And spade and rake must toil the land to save,
That fragments of my flooded fields be sought
From where the water sluices out a grave.

Who knows if the new flowers my dreams prefigure,
In this washed soil should find, as by a sluit,
The mystic nourishment to give them vigour?

Time swallows up our life, O ruthless rigour!
And the dark foe that nibbles our heart’s root,
Grows on our blood the stronger and the bigger!

So the first thing I would like to discuss regarding this poem is the title, which in French is “L’Ennemi.” I think this is one of those times where something key is lost in translation, because the word “ennemi” seems too similar to ennui for coincidence, in my opinion, especially considering how prominent ennui is in many of Baudelaire’s poems. I should note that in my version of The Flowers of Evil, the translator, Robert Lowell, translates the title as ‘The Ruined Garden,” which I feel is a less accurate translation, at least regarding the title of the poem.

The sonnet begins with Baudelaire describing his youth, which is depicted as troubled and painful. The garden is symbolic of his mind and the source of his artistic expression. But this garden was not able to produce when he was young. It was only later in life that the “new flowers,” or poems, grew from the ailing and damaged garden bed.

It is in the last stanza that the mysterious enemy appears, described as “the dark foe that nibbles our heart’s root.” I believe that the enemy is ennui, slowly eating away at the poet’s heart. He knows he has “reached the Autumn” of his life and that he must express himself now or he never will. There is a palpable sense of urgency in his words. But ennui is ever there, gnawing at him, seeking to destroy his creative urge.

For those of you who are interested, there is a great website that has multiple translations of this poem, as well as the original French. I encourage you to read some of the other translations to get a better feel of this great sonnet. Cheers!