The Confessions of Aleister Crowley: Part 5 – The Magus 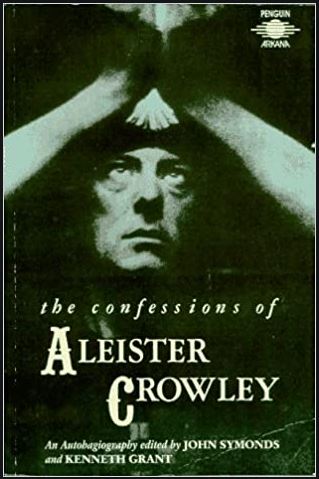 In the timeline of Crowley’s life, this section of his autobiography corresponds to a period when he spent a significant amount of time in the United States, and also began to sink into poverty.

During this period, Crowley became involved in Freemasonry and assumed a leadership position. He claims that one of the first things he set out to do was define Freemasonry.

I proposed to define freemasonry as a system of communicating truth – religious, philosophical, magical and mystical; and indicating the proper means of developing human faculty by means of a peculiar language whose alphabet is the symbolism of ritual. Universal brotherhood and the greater moral principles, independent of personal, racial, climactic and other prejudices, naturally formed a background which would assure individual security and social stability for each and all.

While the Freemasonry stuff and his personal history were intriguing, what I found the most interesting in this section of the book is Crowley’s theory that there is a symbolic connection between Christ and the god Mercury. I have read plenty of texts comparing Christ with other manifestations of the divine (Mithras, Osiris, etc.), but this is the first time I heard of anyone attempting to establish a relationship between Christ and Mercury; and I must admit, Crowley makes a convincing argument.

In the beginning was the Word, the Logos, who is Mercury, and is therefore to be identified with Christ. Both are messengers; their birth mysteries are similar; the pranks of their childhood are similar. In the Vision of the Universal Mercury, Hermes is seen descending upon the sea, which refers to Maria. The Crucifixion represents the caduceus; the two thieves, the two serpents; the cliff in the Vision of the Universal Mercury is Golgotha; Maria is simply Maia with the solar R in her womb.

To continue the identification, compare Christ’s descent into hell with the function of Hermes as guide of the dead. Also Hermes leading up Eurydice, and Christ raising up Jairus’s daughter. Christ is said to have risen on the third day, because it takes three days for the planet Mercury to become visible after separating from the orb of the sun. (It may be noted here that Mercury and Venus are the planets between us and the sun, as if the Mother and the Son were mediators between us and the Father.)

Crowley cites other similarities, but I think this is sufficient to demonstrate his assertion.

Crowley’s ideas are difficult to grasp and often misinterpreted. As he states in the text, “you’re not the first people to fail to understand Mr Aleister Crowley!” (p. 755) But this is the challenge when approaching a text of this type. Mystical and occult literature is difficult to understand and the symbolic nature of it makes it prone to myriad interpretations. It is always prudent to keep this in mind when reading books of this sort.

Thanks for stopping by, and always read critically.

“American Gods: The Moment of the Storm” by Neil Gaiman: Issue #1 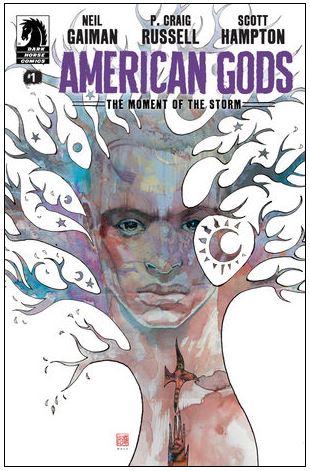 Starting to catch up on my backlog of reading. This arc is already on issue #4, so I’m a little behind, but that’s OK.

This new arc in the American Gods saga continues where “My Ainsel” left off, and is classic Gaiman, steeped in mythology. I only need one example to sum up the gist of this issue.

In the god business, it’s not death that matters, it’s the opportunity for resurrection.

The death of a god is required for the renewal of the cycle. Osiris, Jesus, Mithras, the list goes on. One need only refer back to Frazer to understand that this is a dominant trope in mythology.

Not much else to share on this. Thanks for stopping by, and keep reading cool stuff.

Comments Off on “American Gods: The Moment of the Storm” by Neil Gaiman: Issue #1