“The Winter’s Tale” by William Shakespeare 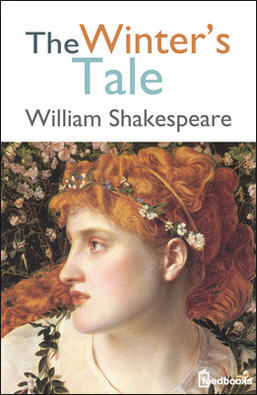 This seemed an appropriate play to read as we were plunged into sub-zero temperatures. It was the first time I read this play and I found it quite interesting. It is different from the other Shakespeare plays that I have read. For example, people die as in a tragedy, but there is also a marriage at the end, which is typical of a comedy. I did a quick Google search and found that this is deemed a “problem play” and that some people now label it as a romance instead of a comedy.

The other thing that struck me as strange in this play is the character Time, which for all intents and purposes is a chorus. I have not read all of Shakespeare’s plays (yet), but I have read a fair amount, and this is the first time that I have come across the use of a chorus.

The first part of the play seems to focus a lot on infidelity. Leontes is convinced that his wife, Hermione, is unfaithful and allows his jealousy to cloud his judgment. There is a great passage where Leontes obsesses over the imagined infidelity. In the passage, the word “play” means adultery, but also draws in images of theater and acting.

Gone already!
Inch-thick, knee-deep, o’er head and
ears a fork’d one!
Go, play, boy, play: thy mother plays, and I
Play too, but so disgraced a part, whose issue
Will hiss me to my grave: contempt and clamour
Will be my knell. Go, play, boy, play.

I confess that the rest of the play puzzled me. It seemed as if there were hints about goddess worship and the cycles of the seasons, but they were not that strong. Anyway, I’ll point them out for the sake of discussion.

Perdita is referred to as a goddess-like in the play, which made me wonder if she was the “maiden” incarnation of the goddess.  She also has a passage in Act IV which draws on imagery of virginity, flowers, and Proserpina which could add support to this assumption.

Out, alas!
You’d be so lean, that blasts of January
Would blow you through and through.
Now, my fair’st friend,
I would I had some flowers o’ the spring that might
Become your time of day; and yours, and yours,
That wear upon your virgin branches yet
Your maidenheads growing: O Proserpina,
For the flowers now, that frighted thou let’st fall
From Dis’s waggon! daffodils,
That come before the swallow dares, and take
The winds of March with beauty; violets dim,
But sweeter than the lids of Juno’s eyes
Or Cytherea’s breath; pale primroses
That die unmarried, ere they can behold
Bight Phoebus in his strength–a malady
Most incident to maids; bold oxlips and
The crown imperial; lilies of all kinds,
The flower-de-luce being one! O, these I lack,
To make you garlands of, and my sweet friend,
To strew him o’er and o’er!

In the same act and scene, there is bit of metatheatre that I found symbolic. Twelve peasant farmers appear in four groups of three, dressed as satyrs, and perform a dance, which I interpreted to be some type of planting and harvest ritual. The fact that the twelve are split evenly into four groups made me view them as representative of both the twelve months (grouped into four seasons) and as the twelve zodiac signs (grouped by element).

Master, there is three carters, three shepherds,
three neat-herds, three swine-herds, that have made
themselves all men of hair, they call themselves
Saltiers, and they have a dance which the wenches
say is a gallimaufry of gambols, because they are
not in’t; but they themselves are o’ the mind, if it
be not too rough for some that know little but
bowling, it will please plentifully.

Away! we’ll none on ‘t: here has been too much
homely foolery already. I know, sir, we weary you.

You weary those that refresh us: pray, let’s see
these four threes of herdsmen.

Overall, I liked the play, even though there are some issues with it and it is kind of difficult to grasp. I suspect that this is one of those plays that is better seen performed onstage than read from the page. Still, the story is interesting and there are some good plot twists. I just hope that the local Shakespeare troupe performs this one soon.