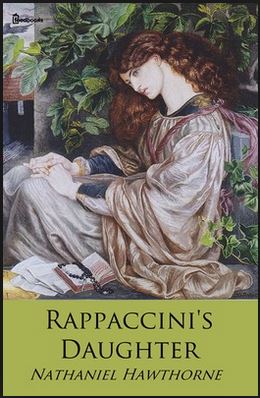 My friend Sonia recommended this short story to me as something I might want to consider as part of my Halloween reading list. I love Hawthorn and it has been a while since I read any of his works, so I took her suggestion.

The story is a somewhat eerie tale about a young man who falls in love with a young woman who has a strange attachment to her father’s garden, and in particular one plant that is highly poisonous. It is discovered that the father, a scientist, had been giving her doses of the plant’s poison to make her immune and also instill her with a kind of built in defense against unwanted male advances.

Having read this right after finishing Mary Shelley’s Frankenstein, I was very aware of Hawthorn’s criticism of the tendency of scientific men to want to usurp the power that was traditionally assigned to the divine. And it almost seems like Hawthorn predicted the age of genetically modified organisms that have become the norm in our world of factory farming.

The aspect of one and all of them dissatisfied him; their gorgeousness seemed fierce, passionate, and even unnatural. There was hardly an individual shrub which a wanderer, straying by himself through a forest, would not have been startled to find growing wild, as if an unearthly face had glared at him out of the thicket. Several, also, would have shocked a delicate instinct by an appearance of artificialness, indicating that there had been such commixture, and, as it were, adultery of various vegetable species, that the production was no longer of God’s making, but the monstrous offspring of man’s depraved fancy, glowing with only an evil mockery of beauty. They were probably the result of experiment, which, in one or two cases, had succeeded in mingling plants individually lovely into a compound possessing the questionable and ominous character that distinguished the whole growth of the garden.

What I respect about Hawthorn is that he is critical in all areas. Often, people who are critical of science embrace religion, but Hawthorn is just as critical in this tale about religion as he is science. When Baglioni points out that Rappaccini offered his daughter as a sacrifice to science, it also symbolically parallels Abraham’s willingness to sacrifice Isaac to God. Hawthorn is equally appalled at the sacrifice of humanity for any of our gods, whether they be religion or science.

“Her father,” continued Baglioni, “was not restrained by natural affection from offering up his child, in this horrible manner, as the victim of his insane zeal for science. For — let us do him justice — he is as true a man of science as ever distilled his own heart in an alembic. What, then, will be your fate? Beyond a doubt, you are selected as the material of some new experiment. Perhaps the result is to be death — perhaps a fate more awful still! Rappaccini, with what he calls the interest of science before his eyes, will hesitate at nothing.”

There is a lot of other cool symbolism woven into this tale, and I encourage you to read it if you have not yet done so. It’s a great tale with a nice twist at the end. Creepy enough for an evening Halloween season read, but also a thought-provoking parable that forces us to examine our human tendencies toward fanaticism and the desire to manipulate and control Nature.

Thanks for stopping by, and enjoy your reading!