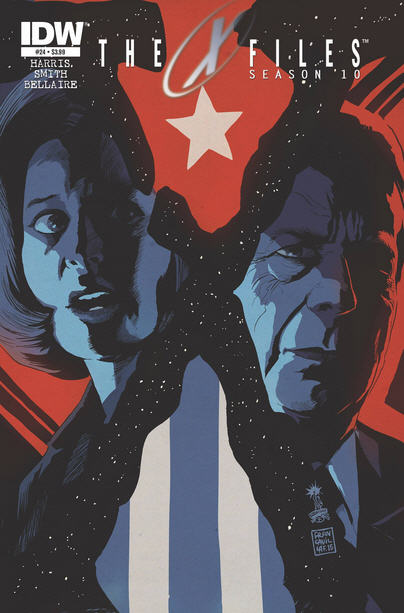 This issue is the fourth part of the “Elders” episode. It is a little challenging to follow, since there are several storylines occurring at once, which makes it even more difficult to write about in a blog post. It seems as if the creative team is bringing the threads together with the goal of tying the story up in the finale, which will be the next installment.

The next issue marks the finale of the “Elders” episode and the finale of the X-Files Season 10 arc. Twenty-five issues is a formidable run. I cannot help but wonder if they will start a new arc with new writers/artists and tie that in with the upcoming television series reboot, or if they are going to let this rest for a while. I suppose we will find out.

I really don’t have much else to say about this installment. I’ve really enjoyed this series and I look forward to seeing how the story concludes. Check back soon for my thoughts on the finale. 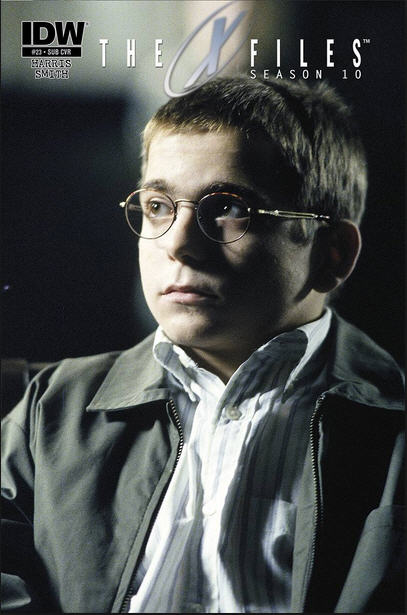 This issue is the third part of the “Elders” episode and really draws you deeper into the tale. It draws on key mythology associated with the X-Files while augmenting the saga with new layers of conspiracy and science fiction. In addition, the issue incorporates cyclical symbolism, which adds another level of complexity to the greater story and works very well, in my humble opinion.

But if Mulder’s own quixotic crusade has revealed anything over these years, it must have shown you… life is but a cycle… with a new beginning following each and every end.

I am very curious how all this will play out. I’m also curious as to whether Chris Carter will somehow tie this graphic series into the X-Files television reboot that was announced. I guess all we can do is follow the rabbit hole and see where it all leads. Thanks to reading, and feel free to share your thoughts.

The Truth May Still Be Out There: X-Files Reboot Possible 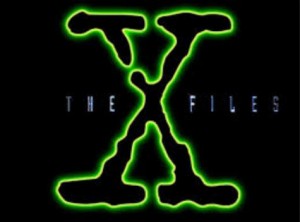 So I just read an article on CNN’s website that FOX is considering rebooting The X-Files.

While it’s just a rumor, I can’t help feeling somewhat intrigued. I’ve loved the X-Files since it first started airing, and if you follow my blog, you know I am a fan of the current X-Files comic series also. I just hope that if they do revive it, they don’t just try to rehash old stuff and characters. There is a lot of interesting things happening in the world, and lots of new discoveries and theories in the field of science, I think that there is definite opportunity here for some creative exploration. I suppose we will have to wait and see.

What are your thoughts? Would you watch an X-Files reboot?