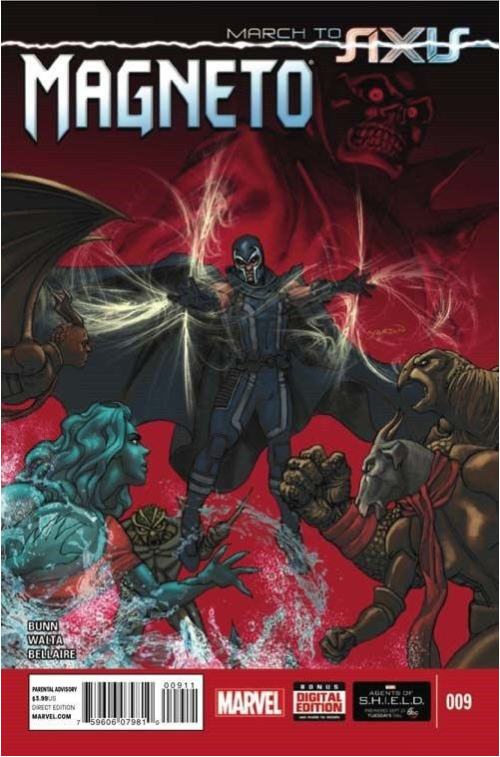 This is the first part of a mini-series featuring the Red Skull. He is a pretty nasty character who runs a concentration camp for mutants. Magneto experiences a series of memories from when he was in a Nazi concentration camp. During his incarceration there, he was forced to load bodies into the furnaces. These memories cause him to act recklessly as he feels that stepping forth to challenge the Red Skull will constitute making amends for his acquiescence and his failure to fight against the Nazi atrocities.

Memories can be terrible tormentors. For a long time, I was tormented by the memories of things I did, and failed to do. It is easy to look back at our past and imagine how we could have or should have done things differently. But I eventually figured out that it serves no purpose. The past is the past. At best, we can learn from our mistakes. Obsessing about what happened serves no purpose. It is easier said than done, and I often find myself slipping back into self-obsession, but I usually recognize this when it happens and can change my thinking. The truth is, it’s much easier to change your thoughts than it is to change the past.

Comments Off on Magneto: Issue #9