“A Dream” by William Blake 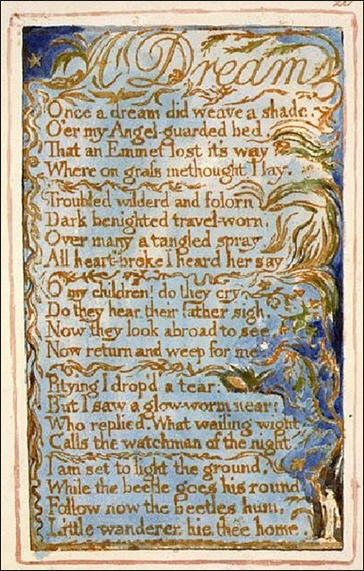 This is the second-to-last poem in the Songs of Innocence, and for me it was the most complex and challenging so far.

Once a dream did weave a shade
O’er my angel-guarded bed,
That an emmet lost its way
Where on grass methought I lay.

Troubled, wildered, and forlorn,
Dark, benighted, travel-worn,
Over many a tangle spray,
All heart-broke, I heard her say:

Oh my children! do they cry,
Do they hear their father sigh?
Now they look abroad to see,
Now return and weep for me.

Pitying, I dropped a tear:
But I saw a glow-worm near,
Who replied, What wailing wight
Calls the watchman of the night?

I am set to light the ground,
While the beetle goes his round:
Follow now the beetle’s hum;
Little wanderer, hie thee home!

The first problem I had in figuring this poem out was the language. Blake incorporates Old and Middle English terms which I had to look up. Emmet is an Old English term for an ant, and wight is a Middle English word for a creature, particularly a human being, that is generally considered to be unfortunate. Once I understood these terms, it was easier for me to figure out the rest of the metaphors and symbolism.

So in the first stanza, we see an emmet (or ant) that has lost its way. It seems fairly clear that this represents a person lost on the spiritual path. As the poem continues, we see a father weeping. This is likely a reference to God mourning his children who have gone astray. Again, the metaphors are fairly straight-forward. But in the fourth stanza, things get a little strange.

Here we are introduced to a glow worm, a watchman of the night, who lights the way for those who crawl upon the earth. It seems to me that the glow worm is symbolic of Lucifer as the Light Bringer, embodied as the serpent, who seeks to bestow enlightenment upon the unfortunate humans. Now, it’s possible that Blake was evoking an image of Christ in the symbol of a serpent. Either way, the serpent is a figure of light and clearly intends to serve as a guide for humanity. 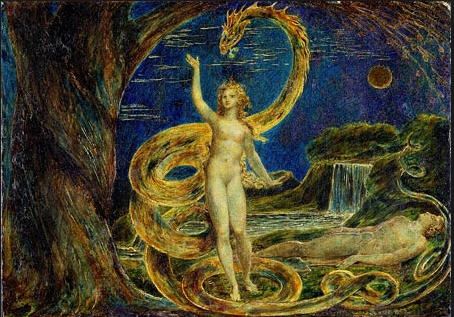 Lastly, there is a beetle. The ant is instructed to follow the beetle’s hum. The image that comes to mind as I contemplate this is a scarab. In Egyptian mythology, the scarab is depicted as moving the Sun across the sky. It appears that Blake is tying in the ancient Egyptian symbol of guiding illumination and connecting it with the archetype of the serpent as the symbol of wisdom. 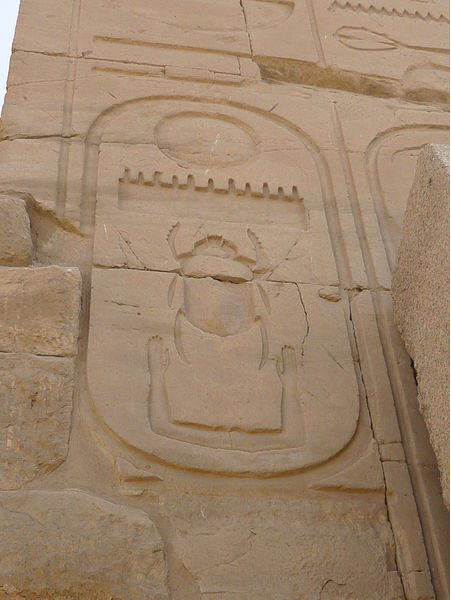 In the last line, the wandering ant is urged to hurry home. I can only assume that this means that humans need to seek a return to the Edenic state, where we are once again connected with the Divine. There is a sense of urgency here, like time is running out, and we need to reestablish our connection with the divine source now or else we will become lost forever.

It is possible that I am reading too much into this poem, but I would like to think that is not the case. Blake’s poems appear deceptively simple, yet are profoundly mystical beneath the surface. I believe this is one of those poems that contains much more that what initially meets the eye.

Of course, your thoughts and interpretations are encouraged. Thanks for reading!