“She Walks in Beauty” by Lord Byron 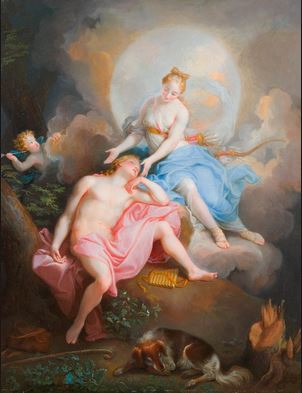 She walks in beauty, like the night
Of cloudless climes and starry skies;
And all that’s best of dark and bright
Meet in her aspect and her eyes;
Thus mellowed to that tender light
Which heaven to gaudy day denies.

One shade the more, one ray the less,
Had half impaired the nameless grace
Which waves in every raven tress,
Or softly lightens o’er her face;
Where thoughts serenely sweet express,
How pure, how dear their dwelling-place.

And on that cheek, and o’er that brow,
So soft, so calm, yet eloquent,
The smiles that win, the tints that glow,
But tell of days in goodness spent,
A mind at peace with all below,
A heart whose love is innocent!

This poem is from Byron’s volume of Hebrew Melodies. So as I read this, I kept that in mind and looked for hints of Jewish mysticism woven into the verse.

The central symbol in this poem is the moon, which appears at night and possesses both “dark and bright” aspects. Byron expresses a reverence to the lunar orb and acknowledges the connection between the moon and the divine feminine. As I considered this, the Jewish mystic connection became clear.

I suspect that Byron is making a reference to the Shekhinah, which in Jewish kabbalistic tradition is the divine feminine aspect of the godhead. The Shekhinah, like other goddess symbols, is associated with the moon, which represents divine light in the darkness.

The Kabbalah refers to the Shekhinah as feminine, according to Gershom Scholem. “The introduction of this idea was one of the most important and lasting innovations of Kabbalism. …no other element of Kabbalism won such a degree of popular approval.” The “feminine Jewish divine presence, the Shekhinah, distinguishes Kabbalistic literature from earlier Jewish literature.”

“In the imagery of the Kabbalah the shekhinah is the most overtly female sefirah, the last of the ten sefirot, referred to imaginatively as ‘the daughter of God’. … The harmonious relationship between the female shekhinah and the six sefirot which precede her causes the world itself to be sustained by the flow of divine energy. She is like the moon reflecting the divine light into the world.”

The Romantic writers were deeply interested in all forms of mysticism and the occult, so it does not surprise me that Byron found inspiration in Jewish mystical tradition.

Comments Off on “She Walks in Beauty” by Lord Byron

“The Song of the Old Mother” by William Butler Yeats 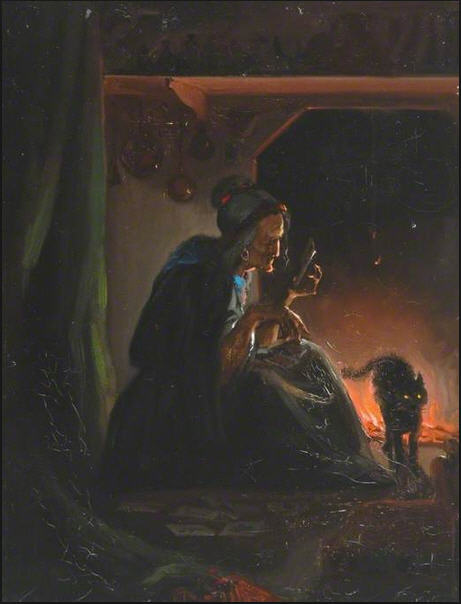 Since today is the Winter Solstice, I thought this would be the perfect poem to read and contemplate.

I rise in the dawn, and I kneel and blow
Till the seed of the fire flicker and glow;
And then I must scrub and bake and sweep
Till stars are beginning to blink and peep;
And the young lie long and dream in their bed
Of the matching of ribbons for bosom and head,
And their days go over in idleness,
And they sigh if the wind but lift a tress:
While I must work because I am old,
And the seed of the fire gets feeble and cold.

As the cycle of the year reaches the longest night and darkness dominates, the Goddess is manifest as the Crone, or the old mother. All the world and all of creation sleeps through the long winter night, waiting to be reborn. The Crone rises at dawn to kindle the “seed of the fire,” symbolizing the beginning of a new cycle and the rebirth of light.

The poem is composed of five couplets, or ten lines. As an initiate into the Golden Dawn, Yeats would have been aware of the mystical significance of the number ten, particularly in regard to the kabbalistic Tree of Life. According to kabbalah, all existence is formed from the ten sefirot. Because this poem is comprised of ten lines, Yeats was implying that the rebirth of the Goddess and the rebirth of light correlates with the rebirth of all existence, that all of creation is rekindled on the Winter Solstice.

The last thing I would like to point out regarding this poem is the couplet that structurally forms the very center of the poem (lines 5 and 6). I see two meanings here. The surface meaning is that humanity and Nature are both at rest, sleeping through the long night. Note that bed refers to both a place of rest for a person as well as the soil in a garden, from which new life will grow in the spring. But this couplet also symbolizes the two other forms of the Goddess: the Maiden and the Mother. In the spring, the Goddess is reborn as the Maiden and will be adorned with the colorful ribbons symbolic of spring.

On this longest night of the year, may the light be rekindled within you and may it burn brightly throughout the coming year. Blessed be!