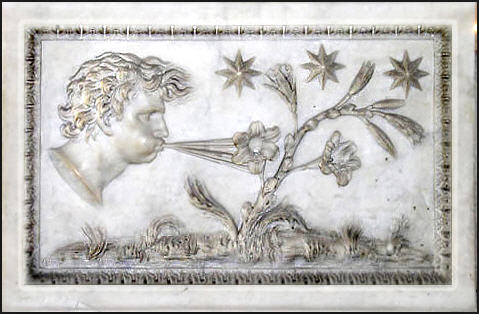 This episode corresponds with Book 10 of Homer’s Odyssey, where Aeolus gives Odysseus a bag of wind to help him sail back to Ithaca. Unfortunately, Odysseus’ men think there is riches in the bag and open it, resulting in them being blown off course. Joyce, therefore, incorporates images and references to wind, breath, and air throughout this episode.

The episode is set in the newsroom where Bloom is pitching an ad that he is trying to sell. The structure of the text in the chapter resembles a newspaper, where each section is preceded by a large-font headline. Early in the episode, Joyce criticizes the newspaper media, asserting that the papers are mainly interested in ads and fluff pieces, which is similar today.

It’s the ads and side features sell a weekly not the stale news in the official gazette. Queen Anne is dead. Published by authority in the year one thousand and.

As Bloom observes the printing press, he considers the fate of newspapers. Considering Bloom wiped his butt with paper from a publication earlier in the book, I suspect that he also considers this as a use for newspapers, even though he does not overtly state it.

Mr Bloom, glancing sideways up from the cross he had made, saw the foreman’s sallow face, think he has a touch of jaundice, and beyond the obedient reels feeding in huge webs of paper. Clank it. Clank it. Miles of it unreeled. What becomes of it after? O, wrap up meat, parcels: various uses, thousand and one things.

Joyce uses this episode to poke fun at those people who he sees as full of nothing but hot air. The first are the pseudo-intellectuals who act all inflated but really come off as pompous. At one point, the characters in the newsroom are reading a speech by one of these intellectuals that was published in the paper. As they read it, they cannot help mocking it.

Ned Lambert, seated on the table, read on:

—Or again, note the meanderings of some purling rill as it babbles on its way, fanned by the gentlest zephyrs tho’ quarreling with the stony obstacles, to the tumbling waters of Neptune’s blue domain, mid mossy banks, played on by the glorious sunlight or ‘neath the shadows cast o’er its pensive bosom by the overarching leafage of the giants of the forest. What about that, Simon? he asked over the fringe of the newspaper. How’s that for high?

Ned Lambert, laughing, struck the newspaper on his knees, repeating:

The other group that Joyce mocks is newspaper persons, who are depicted as blown about with no direction, allowing themselves to bend in whatever direction the wind is blowing.

Funny the way those newspaper men veer about when they get wind of a new opening. Weathercocks. Hot and cold in the same breath. Wouldn’t know which to believe. One story good till you hear the next. Go for one another baldheaded in the papers and then all blows over. Hailfellow well me the next moment.

The one passage that really struck me in this episode, though, has to do with how a small, seemingly insignificant act can have a profound impact on the world. Joyce is essentially evoking the butterfly effect. I had learned about this when I read a book on chaos theory years ago and always assumed this was a relatively new concept, but a quick search online uncovered that the concept was originally formulated in 1890 by Henri Poincaré in what was called sensitive dependence. Anyway, I was somewhat surprised to find this reference in Joyce’s novel.

False lull. Something quite ordinary.

Messenger took out his matchbox thoughtfully and lit his cigar.

I have often thought since on looking back over that strange time that it was that small act, trivial in itself, that striking of that match, that determined the whole aftercourse of both our lives.

Overall, I enjoyed this episode. I found it very funny and full of puns and wordplay. Next week I’ll cover Episode 8 which ends on page 183 with the word “Safe!”