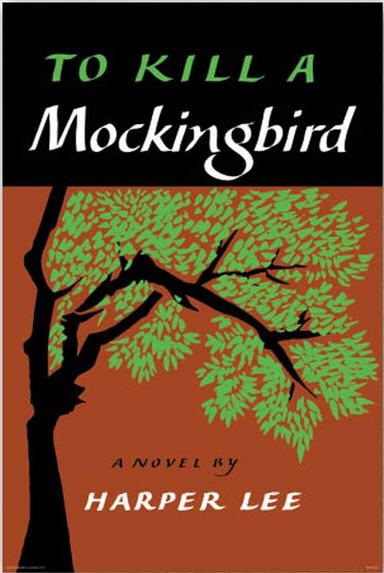 It’s difficult to believe that I have only now gotten around to reading this masterpiece. I’ve seen it performed on stage, seen the film, and actually met Gregory Peck at a dinner reception and discussed the writer’s role in filmmaking with him, but it was my daughter wanting to read this book with me, kind of as a father/daughter mini book club, that finally motivated me to buy a copy.

This book is so rich that it would be easy to write multiple blog posts exploring the many facets. You could obviously approach it from its frank addressing of racism, as an exploration of Southern culture, or as a coming-of-age tale. For my post, I’ve decided to pick one symbol and explore it a little deeper: the house.

In this book, Ms. Lee uses the symbol of the house to represent one’s psyche. As with every person, there are two parts to the psyche: the one which we show to others and the one that is hidden away. To understand how this symbol applies to this story, keep in mind that the inside of a home represents a person’s inner thoughts and feelings, while the outside of the home signifies that part of someone which that person decides to make public and known. For example, in the book, no one knows exactly what happens within the Radley house. We know that Boo suffers from mental illness, so the inside of the house becomes a symbol for the thoughts of someone who is mentally sick.

Miss Maudie shook her head. “If he’s not he should be by now. The things that happen to people we never really know. What happens in houses behind closed doors, what secrets—“

Disturbing a person within their home implies that you are attempting to pry into that person’s private thoughts. When the children are spying on the Radley house and trying to see inside, they are essentially trying to sneak a peek into someone’s psyche and discover the secrets buried deep within that person’s mind.

What Mr. Radley did was his own business. If he wanted to come out, he would. If he wanted to stay inside his own house he had the right to stay inside free from the attentions of inquisitive children, which was a mild term for the likes of us. How would we like it if Atticus barged in on us without knocking, when we were in our rooms at night? We were in effect doing the same thing to Mr. Radley. What Mr. Radley did might seem peculiar to us, but it did not seem peculiar to him. Furthermore, had it ever occurred to us that the civil way to communicate with another being was by the front door instead of a side window? Lastly, we were to stay away from the house until we were invited there, we were not to play a asinine game he had seen us playing or make fun of anybody on this street or in this town—

Jem planted his big toe delicately in the center of the rose and pressed it in. Finally he said, “Atticus, it’s all right on the sidewalk but inside it’s—it’s all dark and creepy. There’s shadows and things on the ceiling…”

Jem and Scout, being allowed entrance into Mrs. Dubose’s house to read Ivanhoe to her as punishment, are exposed to the shadowy realm of her consciousness, where she is haunted by the darkness of her addiction.

At one point in the story, Scout wants to invite Walter Cunningham over to the house for dinner. Aunt Alexandra tells her that she should not do so, that it is OK to be nice to someone, but that does not mean that you should invite that person into your home. Essentially, she is advising Scout to be careful regarding who she allows to know the deeper parts of her thoughts and feelings.

“I didn’t say not to be nice to him. You should be friendly and polite to him, you should be gracious to everybody, dear. But you don’t have to invite him home.”

There are many other great examples of how houses reflect the psyche’s of those who live there, and if you read this book again, I encourage you to think about how houses symbolize the minds of those who inhabit them.

On a closing note, I’m sure many of you have heard that Harper Lee is getting ready to publish the “sequel” to To Kill a Mockingbird later this year. I for one am looking forward to it and plan to read it once it comes out. Thanks for stopping by and I hope you have a wonderful and inspiring day!!