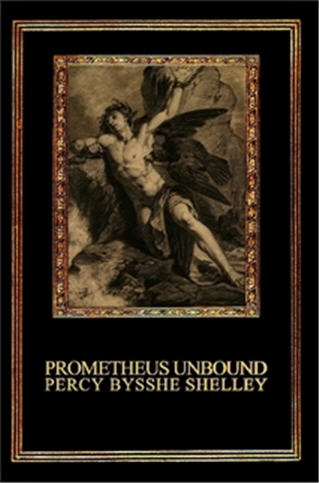 The character of the Earth is introduced early in the first act. Shelley presents Earth as a symbol of the Goddess, the divine mother of all.

I am the Earth,
Thy mother; she within whose stony veins,
To the last fibre of the loftiest tree
Whose thin leaves trembled in the frozen air,
Joy ran, as blood within a living frame,
When thou didst from her bosom, like a cloud
Of glory, arise, a spirit of keen joy!

This is nothing new and did not really cause much interest for me, but the passage that follows the establishing of the Earth as the Goddess is nothing short of divinely inspired. It is somewhat long, but warrants being included in its entirety here.

They shall be told. Ere Babylon was dust,
The Magus Zoroaster, my dead child,
Met his own image walking in the garden.
That apparition, sole of men, he saw.
For know there are two worlds of life and death:
One that which thou beholdest; but the other
Is underneath the grave, where do inhabit
The shadows of all forms that think and live
Till death unite them and they part no more;
Dreams and the light imaginings of men,
And all that faith creates or love desires,
Terrible, strange, sublime and beauteous shapes.
There thou art, and dost hang, a writhing shade,
‘Mid whirlwind-peopled mountains; all the gods
Are there, and all the powers of nameless worlds,
Vast, sceptred phantoms; heroes, men, and beasts;
And Demogorgon, a tremendous gloom;
And he, the supreme Tyrant, on his throne
Of burning gold. Son, one of these shall utter
The curse which all remember. Call at will
Thine own ghost, or the ghost of Jupiter,
Hades or Typhon, or what mightier Gods
From all-prolific Evil, since thy ruin
Have sprung, and trampled on my prostrate sons.
Ask, and they must reply: so the revenge
Of the Supreme may sweep through vacant shades,
As rainy wind through the abandoned gate
Of a fallen palace.

Here the Goddess expresses the dual nature of the divine. The dual image that Zoroaster saw symbolizes the duality of humans: body and spirit, good and evil, divine and earthly, conscious and subconscious. The two realms of existence are referenced, the state of being in which we inhabit during life, and the realm of shadows, to which we transcend after we die, a realm populated by forms and archetypes.

This passage is so rich, I feel that my commentary does not do it justice. I encourage you to just read it again, and think about the duality in the divine, in nature, and in ourselves.